Your Story. Our Community.

Inspirational snapshots of community members of Central Indiana and their stories. 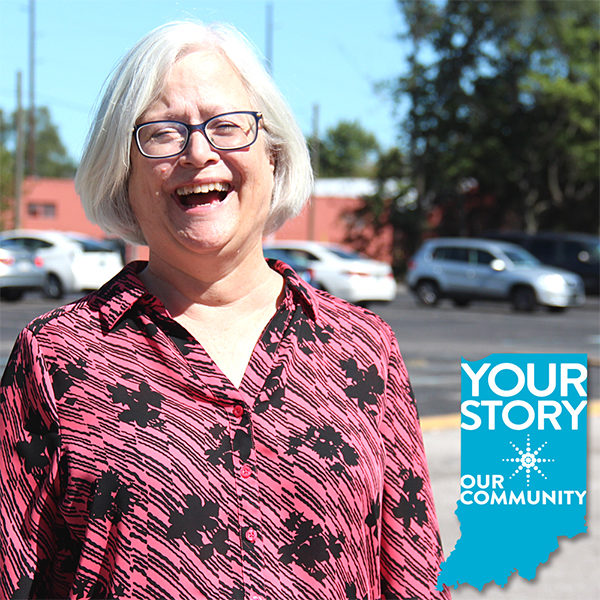 There are many people that want to grow and change, but lack the support system to consistently do that. We match volunteer mentors with at-risk adults; people that may be homeless, have recently gotten out of jail or people that are aging out of the foster care system. The impact of our approach positively effects homeless rates, incarceration rates and helps people build their support network. It transforms lives and in doing so saves our city thousands of dollars annually. I spent many years working for the church; Trusted Mentors grew naturally out of that. The volunteers and funding make our service and mission possible, and we hope to become a model for other cities and areas to follow in order to help at-risk adults near them as well.
—Jeri, executive director and founder of Trusted Mentors 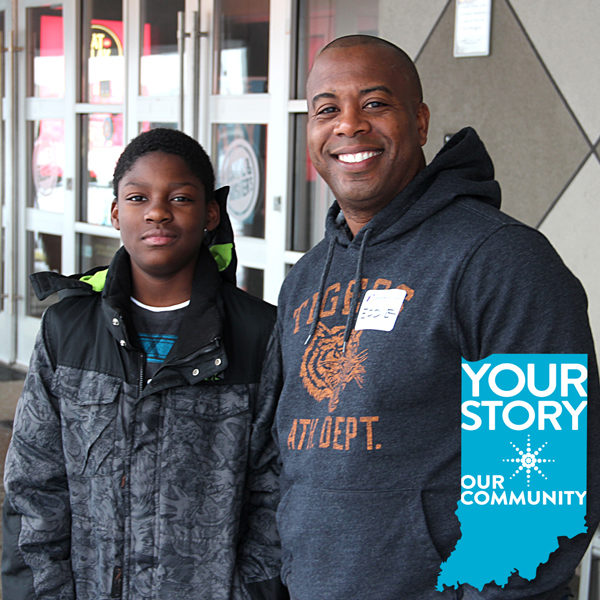 At the end of the day sometimes you’re beat, but whenever I pick Webster up all of the daily grind goes away and we have fun. Whether at an event or just chatting over a meal at Denny’s. Serving here, it’s a great growth experience as a human being, and it’s just a great investment in someone else’s life. I always feel great when I’m spending time with Webster.
—Eddie, Big Brother with Big Brothers Big Sisters of Central Indiana

I would encourage kids to get involved with BBBSCI. The Bigs are an inspiration, it helps kids that might be going through a hard time and it’s something that will just be fun for kids.
—Webster, Little Brother with Big Brothers Big Sisters of Central Indiana 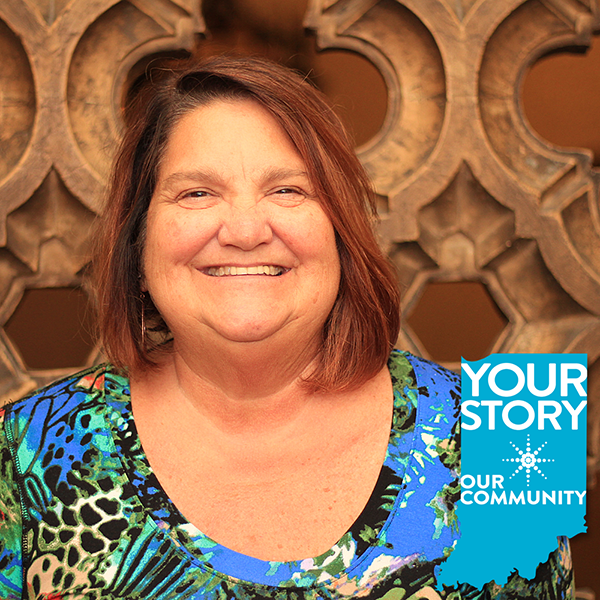 Two years ago, we brought my three-year-old grandson to see “Peter Rabbit.” He had no spontaneous speech, meaning he would answer questions but wouldn’t say anything except for “hi.” So we brought him to see this play, and it was the first time he had ever been to the theatre. We had never even taken him to the movies because he was so fidgety . . . I was nervous at first, but he ended up doing a good job. After the performance, we took him out for a carriage ride. The farmer during the show said, “rows of vegetables, rows of vegetables.” He wasn’t talking much but during the ride he sees a sign with vegetables on it like in the play. All of a sudden he just started singing, “rows of vegetables, rows of vegetables.” This was the first time he had ever made a connection and all because of the show at the IRT.
–Terri, assistant house manager at Indiana Repertory Theatre 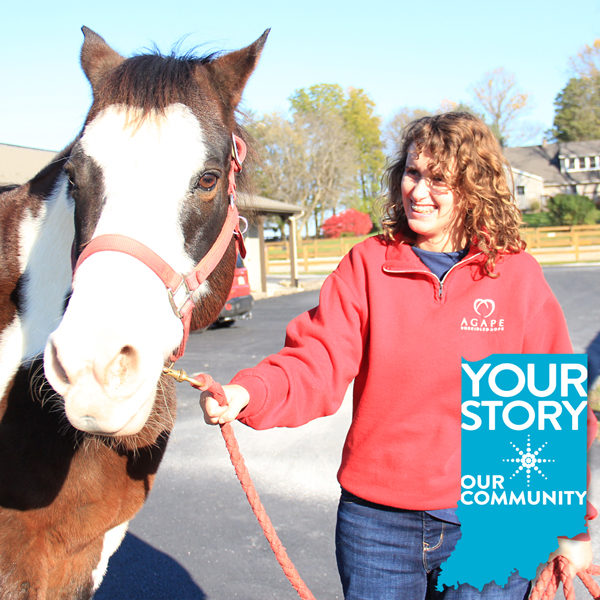 My daughter, Stephanie [pictured], has been with Agape since she was three, and now she’s 22. It’s amazing to see her engage with the horse. The bond and interactions are amazing. They can get her to do more things. The Agape process has gotten her so far as she was never supposed to be able to walk or talk. Using speech, they could get her to talk to the horses. With occupational therapy, they could get her to use her arms and body more. Getting on the horse alone is great physical therapy. I think the most special part is that no matter how her day is going, good or bad, when she gets here she is happy and engaged. She loves it.
—Angela, parent of riding student at Agape Therapeutic Riding Resources 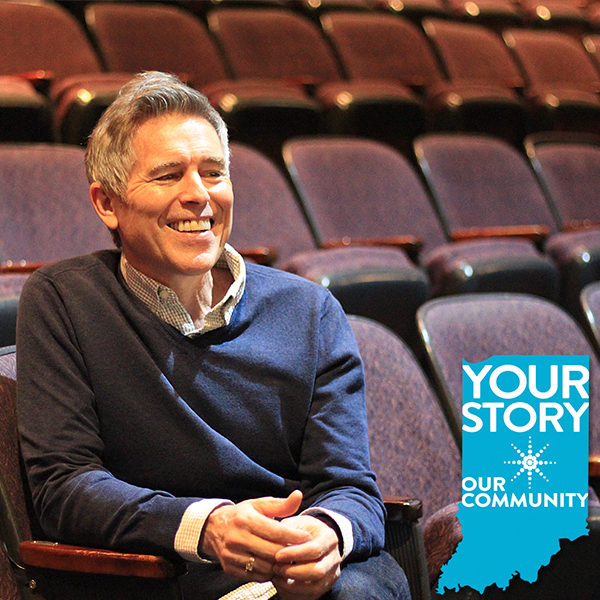 I grew up in a tiny town in Kansas. My dad was the high school basketball coach. We didn’t have a theatre. Theatre wasn’t a part of our ongoing life. So I think for me it was discovering that theatre existed and seeing that one play called A Thousand Clowns at a summer stock near where I grew up. I was ten-years-old. One of the main characters was a kid who was quite good. The idea that someone was my age up on that stage pretending to be somebody else fully awakened me. I just felt there was a whole world waiting for me that I just had to hold on and get to.
–James, playwright-in-residence at Indiana Repertory Theatre

James is celebrating his 20th season as IRT’s playwright-in-residence. 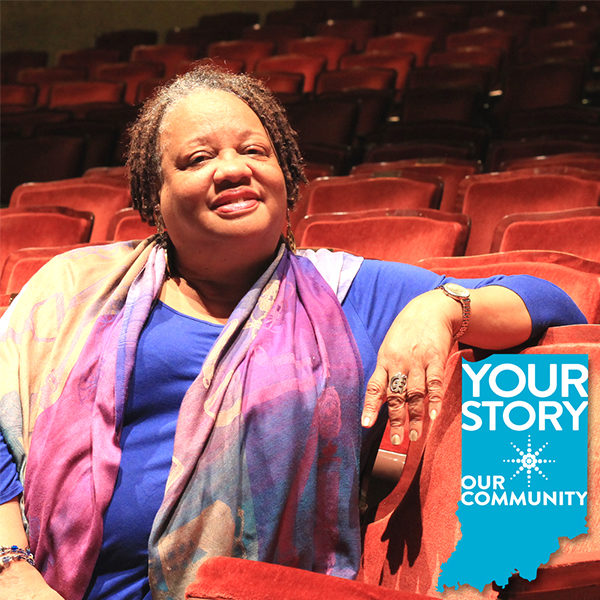 Art gives you power and allows you to connect to your community and the world. With art you become a world citizen, it’s a path to self-discovery and deciding that you’re worthy. When you make a creative discovery about yourself it’s powerful! CICF has turned us around. Brian Payne is like an angel to me. A group that recognized the importance of our mission, came along beside us when we really needed encouragement and this has changed our course.
–Deborah, founder and executive director at Asante Children’s Theatre