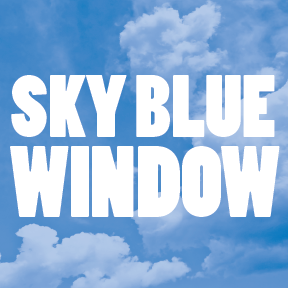 INDIANAPOLIS, IN — Sky Blue Window, Central Indiana Community Foundation’s website devoted to telling compelling stories about the arts in central Indiana will celebrate its first year in operation on Tuesday, March 11, 2014. According to Google Analytics, approximately 85,000 users have visited the site since it launched.

Made possible by CICF affiliate The Indianapolis Foundation, Sky Blue Window’s mission is to create more demand for the arts in central Indiana by offering users content that allows them to explore, learn about and sample exhibitions, programs and performances. Content for the site is created by professional contributors, including freelance writers and WFYI Productions as well as student contributors from Butler University, Franklin College, IUPUI and University of Indianapolis. Though the site is one of many “not-for-profit news sites” supported by community foundations supported across the United States, few if any of those sites are focused on creating demand for the arts.

Besides its mission of creating more demand for the arts in central Indiana, the site provides a career development opportunity for collegiate contributors while also providing them with a chance to address an important community development issue. Currently, 61 percent of the site’s users are between the ages of 18 and 35.

“Sky Blue Window represents another facet of CICF’s commitment to the arts in central Indiana,” said Brian Payne, President and CEO, The Indianapolis Foundation and CICF. “It’s also a creative and unique way of attracting and engaging a new generation of leaders around an important community development issue.”

Visit skybluewindow.org for additional information about the site.

Today, Mayor Joe Hogsett and The Indianapolis Foundation, an affiliate of Central Indiana Community Foundation (CICF), announced the second round of funding awarded by the Eleva…Read More.