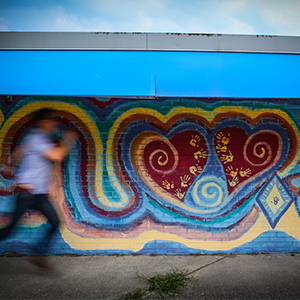 2015 marks the second year the Community Crime Prevention Grant Program has been divided into two phases during the three years of Central Indiana Community Foundation’s (CICF) administration of the program. Allocations are expedited through a two-phase process to organizations focused specifically on youth summertime employment and crime-deterrent programming for at-risk populations in designated high-crime areas.

The $2 million 2015 Community Crime Prevention Grant Program (which includes Phase I and II) supports community-based organizations that can demonstrate community impact.Phase II grants will range between $5,000 and $100,000; the application process begins July 1, 2015 and ends at 5:00 p.m. on July 31, 2015. Phase II grants are one-year grants and will be awarded in the fall of 2015. Organizations must be a 501(c)(3) charitable organization or a public entity partnering with a 501(c)(3) charitable organization as a fiscal agent in order to be eligible for grant consideration. Applications for Phase II will be available on July 1, 2015, at www.cicf.org. For additional information, contact Alicia Collins at aliciac@cicf.org or 317.634.2423.Phase II, The Indianapolis Foundation will consider organizations that clearly demonstrate an immediate intentionality around crime prevention and support programming that:

“These Phase I grants provide our young people with opportunities to engage in the community, earn income and learn social and professional skills, all of which are important to them and their families,” said Brian Payne, president, The Indianapolis Foundation (also president and CEO, CICF). “When we invest in our youth, we help shape the men and women they’ll become. We’re proud to be a part of this life-changing grant program.”The Indianapolis Foundation was selected to administer the Community Crime Prevention Grant Program in 2013. Since its creation in 1916, The Indianapolis Foundation has awarded more than $200 million in grants to Marion County-based not-for-profits serving a broad range of people and addressing a wide variety of community needs. A high percentage of these grants have been directed at diverse populations and include support for: impoverished individuals and families working to achieve self-sufficiency; increased post-secondary education and vocational training attainment, specifically in low-income populations and; to help provide basic needs for economically disadvantaged families.

ABOUT THE PREVENTION GRANT PROGRAM:
In August 2006, the Prevention Task Force was convened to study the root causes of crime in the community, determine the types of programs most likely to prevent crime or effectively intervene in the lives of those at risk of criminal behavior, and make recommendations about how the community could prevent crime in the future. The task force examined the underlying problems that led to a surge in violent crime in Indianapolis and in 2007 recommended actions to stem the violence and to prevent crime before it occurs. In July 2007, the City-County Council passed Proposal No. 264 to increase the County Option Income Tax (COIT) and establish the Community Crime Prevention Grant Program to provide funding for crime prevention initiatives recommended by the Task Force its January 2007 final report.

In June 2012, the Community Crime Prevention Grant program awarded over $1.8M to 18 organizations that specifically provided support to youth programs and to programs that helped previously incarcerated individuals back in to jobs and back in to the community. The Indianapolis Parks Foundation administered the Community Crime Prevention Grant Program, which ended as of May 31st, 2013.

Since that time, CICF staff has worked to create a transparent and holistic process for administering public resources to achieve the greatest public impact. This work included a “listening tour” of many of the city’s non-profit organizations that provide related and/or associated crime prevention services. The Indianapolis Foundation will continue to solicit input from community leaders and residents to help develop strategies that address both the symptoms and root causes of crime in Indianapolis and Marion County. For additional information, Community Crime Prevention Grant organizations are encouraged to visit www.cicf.org.

For additional grant information, contact Alicia Collins at aliciac@cicf.org, or 317.634.2423.

ABOUT THE INDIANAPOLIS FOUNDATION:
Established in 1916, The Indianapolis Foundation was one of the first community trusts in America. The Indianapolis Foundation is a public charity and an affiliate of Central Indiana Community Foundation (CICF), a collaborative effort between the community foundations serving Marion and Hamilton Counties. As Indiana’s oldest and largest community foundation, The Indianapolis Foundation was created to ensure that the quality of life in Marion County continuously improves; to help where the needs are greatest and the benefits to the community are most extensive; and to provide donors a vehicle for using their gifts in the best possible way now, and in the future as conditions in the community change. It awards approximately $7 million annually to support current and future community needs, and is governed by a board of six publicly appointed directors (two are appointed by the Mayor of Indianapolis; two by the Marion County Circuit Court Judge; and two by the United States District Court presiding over Indianapolis).