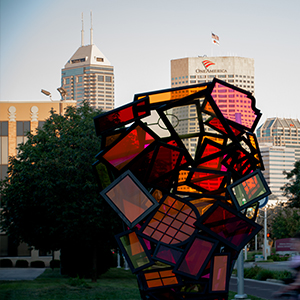 The 2016 board of directors will be lead by chairman Mr. Gregory Hahn, partner at Bose McKinney & Evans LLP. Mr. Hahn joined the board in 2011 and also serves on the board of CICF and English Foundation.

“This is an especially exciting year for Indianapolis,” says Hahn. “As the city celebrates itgs bicentennial The Indianapolis Foundation is celebrating 100 years of community investment, innovation and leadership. It’s a privilege to be a part of such an important legacy.”

The board is comprised of six directors: two appointed by the Mayor of Indianapolis, two by the Marion County Circuit Court Judge, and two by the presiding Judge of the United States District Court.

The Indianapolis Foundation Board of 2016 includes:

ABOUT the indianapolis foundation

Central Indiana Community Foundation (CICF) is a $720 million public foundation transforming the lives of central Indiana residents in three ways: consulting donors, family foundations and their professional advisors on charitable giving; awarding grants to effective not-for-profit organizations; and providing leadership to seize opportunities and address community needs. CICF was established in 1997 as a partnership between The Indianapolis Foundation, serving Marion County since 1916, and Legacy Fund, serving Hamilton County since 1991. For more information about CICF, contact Tamara Winfrey-Harris at tamarawh@cicf.org.