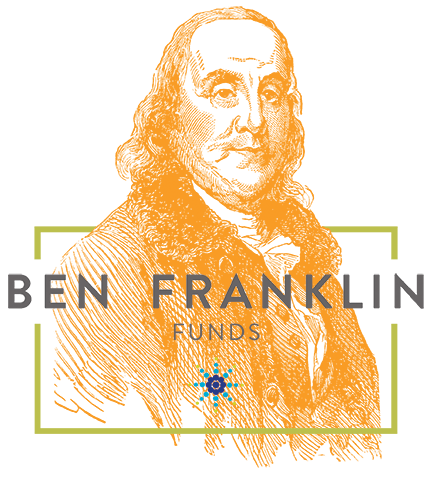 The Indianapolis Foundation, an affiliate of Central Indiana Community Foundation (CICF) has created two $100,000 “Ben Franklin” funds in celebration of its 100th anniversary.

The funds are modeled after two created by Benjamin Franklin shortly before his death in 1790 for the cities of Boston and Philadelphia. Franklin gifted 1,000 British pounds to each city; Franklin specified that the funds were to be used for public works and invested and untouched for 200 years before being accessed. Through compound interest the funds grew to $5,000,000 for Boston and $2,500,000 for Philadelphia and grants from the funds continue be made today.

The funds created by The Indianapolis Foundation include a $100 donor fund and $1,000 donor fund. The $100 donor fund will be capped at 1,000 donors for a total of $100,000 and the $1,000 fund will be capped at 100 donors, also for a total of $100,000. Each will be invested via Central Indiana Community Foundation’s endowment investment pool and will not be accessed until 2116. Each will be valued at an estimated $100 million in 2116 and will also be used for the public good, with an estimated $5 million annually granted from each to effective Indianapolis not-for-profits.

The Indianapolis Foundation and CICF are also supporting and coordinating 100 ‘community dinners’ exclusively for donors from both funds to share their dreams and vision for the future of Indianapolis. All donors will be invited to gather for one of the 100 Dinners on either June 15th or the 23rd. $1,000 donors receive two tickets to the evening of 100 Dinners while $100 donors receive one ticket. There are also additional acknowledgments and benefits for $1,000 donors.

ABOUT THE INDIANAPOLIS FOUNDATION

Established in 1916, The Indianapolis Foundation was one of the first community trusts in America. The Foundation is a public charity and an affiliate of Central Indiana Community Foundation (CICF), a collaborative effort between the community foundations serving Marion and Hamilton Counties. As Indiana’s oldest and largest community foundation, The Indianapolis Foundation was created to ensure that the quality of life in Marion County continuously improves; to help where the needs are greatest and the benefits to the community are most extensive; and to provide donors a vehicle for using their gifts in the best possible way now, and in the future as conditions in the community change. It awards approximately $7 million annually to support current and future community needs, and is governed by a board of six publicly-appointed trustees (Two are appointed by the Mayor of Indianapolis; two by the Marion County Circuit Court Judge; and two by the United States District Court presiding over Indianapolis)..

Central Indiana Community Foundation (CICF) is a $701 million public charitable foundation transforming the lives of central Indiana residents in three ways: consulting donors, family foundations and their professional advisors on charitable giving; awarding grants to effective not-for-profit organizations; and providing leadership to seize opportunities and address community needs. CICF was established in 1997 as a partnership between The Indianapolis Foundation, serving Marion County since 1916, and Legacy Fund, serving Hamilton County since 1991. For more information about CICF, visit cicf.org, or contact Tamara Winfrey-Harris at tamarawh@cicf.org.

2022 Board of Directors Announced for Central Indiana Community Foundation, Affiliates and Funds