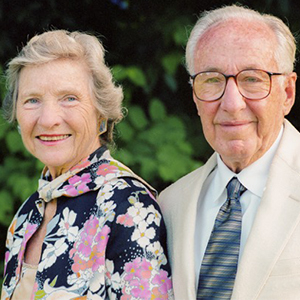 The death of a parent can be devastating for a family, but Alice and Kirk McKinney had a plan for their estate—a plan that had been sketched out during their lifetimes, but left flexible enough to enable their children and grandchildren to create their legacies.

The McKinneys opened a donor advised fund at Central Indiana Community Foundation in 2006 that enabled them to make grants to not-for-profit organizations with which they had long-standing relationships.

The McKinneys’ children—Kirk, Brooks, Nora and Margot—knew the general outlines of these plans. But until the recent death of their father, they were unaware of its precise structure, which appoints the children as successor fund advisors, to be followed by the seven McKinney grandchildren. After two generations of grant making in the advisors’ respective communities across the nation, the remainder of the Alice Greene McKinney and E. Kirk McKinney, Jr. Fund will go into the unrestricted endowment of Central Indiana Community Foundation to benefit Central Indiana in perpetuity.

Nora (McKinney) Hiatt says she and her siblings grew up “with a spirit of philanthropy around them.”

“It was part of my family culture growing up. [My parents] were active on boards and were very generous and reliable. It was just part of who they were and what they did.”

The elder McKinneys’ relationship was a partnership through and through. While Mr. McKinney earned a reputation for asking hard financial questions and pushing the boards he was on to dig deeper, Mrs. McKinney had been reared in a musical family, and was an avid supporter of the arts.

“What was lovely about their partnership was how complementary their skills were,” says Hiatt. “She brought art to his life and he brought a business sense to hers. He wouldn’t have been on art boards if not for her.”

Over the years, they both raised money for and supported organizations because of their missions, not to gain prestige or recognition. Many of their gifts were made anonymously. To carry on these charitable efforts after their deaths, they worked with Lisa Stone and Andrew Vento, both estate planning specialists at Ice Miller, to create the planned gift that would leave substantial gifts to their donor advised fund at CICF.

Still, the executive directors of those organizations never forgot the McKinneys. Last fall, just before Mr. McKinney’s death, the McKinney children, in their role as trustees appointed by their father, carried on his tradition of distributing annual contributions to the organizations that mattered most to him and his late wife. One by one, handwritten cards began arriving from not-for-profit executive directors, thanking Mr. McKinney for his contributions over the years. The heartfelt notes were kept beside Mr. McKinney’s bed, so that caregivers could read them aloud during his final weeks.

A legacy is a joyful memory, an honored tradition or a gift for future generations. Alice and Kirk McKinney’s legacy in life was built on investing time, talent and treasure into their community. Their legacy of generosity will live on through a philanthropic inheritance set up for their children, grandchildren and finally, Central Indiana.

To learn more about how CICF can help your clients discuss their charitable planned giving options, contact Mary Stanley, director of gift planning and legal affairs, at marys@cicf.org or 317.634.2423 x 319. 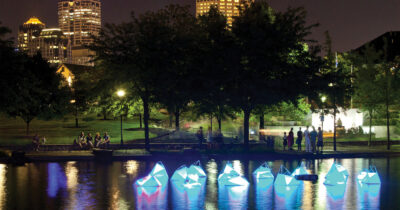