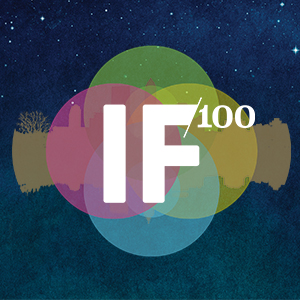 Aug. 27, 2016—Tonight, at Scottish Rite Cathedral, The Indianapolis Foundation, an affiliate of Central Indiana Community Foundation (CICF), awarded $1 million in surprise grants at a gala celebrating its centennial. The Foundation kicked off a new century of philanthropy by gifting 48 Indianapolis-based organizations and individuals awards ranging from $10,000 to $100,000.

Six organizations that reflect the values, history and mission of The Indianapolis Foundation, as well as a commitment to the future of Indianapolis, received $100,000 Visionary Awards:

The Foundation also awarded $10,000 each to Indy Professional Theatre MVPs, creative professionals whose work in theater contributes to the vibrancy of the cultural community and the strength of our city. The MVPs are:

Ten organizations whose charitable endowments are maintained and managed by CICF were randomly chosen to receive a $10,000 gift into their endowments. Additionally, 10 randomly-selected audience members were awarded the opportunity to work with The Foundation to allocate $10,000 each to a Marion County not-for-profit organization of their choosing.

Brian Payne, president and CEO of The Indianapolis Foundation and CICF, closed the evening by referencing the legacy this generation is leaving for the Indianapolis of the future. To mark its 100th anniversary, the Foundation has established two Ben Franklin Funds that will provide $200 million for the city’s not-for-profits in 2116.

“It’s an act of awe and wonder. In a hundred years, people in Indianapolis—maybe your grandchildren or great-grandchildren—will be realizing the impact of a two-hundred-million-dollar gift. You are quite literally sending a gift into the future, trusting that it will be well spent.”

CICF also produced IN Light IN, an interactive light festival on the canal, to round out the weekend of centennial celebrations.

Photos from the gala

[…] a volunteer, King practices what she teaches at Leadership Indianapolis. She is currently an Indianapolis Foundation Fellow, a board member of the Indiana Repertory Theatre, and co-chairs the partner and agency engagement […]