Phase I grants awarded to crime prevention and outreach groups

The Indianapolis Foundation, an affiliate of Central Indiana Community Foundation, announced the 10 Marion County not-for-profit organizations receiving a grant in phase I of the Community Crime Prevention Grant Program. The foundation manages the grant program on behalf of the Indianapolis City-County Council, who voted in March to approve a new, expedited grant round focused on organizations preventing or reducing crime.

The Indianapolis Foundation received nearly $1.6 million in requests, with only $400,000 available for distribution during phase I of the Community Crime Prevention Grant Program. Of the 29 applications received, the 10 organizations awarded grants in phase I specifically supported the City-County Council’s phase I guidelines to demonstrate the potential to prevent retaliation or reduce crime through conflict resolution—including, but not limited to, outreach workers conducting street mediation and crisis intervention. Additionally, awards were focused on organizations serving high-crime beats designated by the Indianapolis Metropolitan Police Department.

Phase I grant recipients include, among others:

“The City-County Council’s expansion of the Community Crime Prevention Grant Program guidelines to include neighborhood-based strategies that focus on street-outreach and crisis intervention allowed more grassroots organizations to apply for funding and provided our foundation the opportunity to build new relationships and partnerships with organizations across the city dedicated to preventing, reducing and eliminating crime in Indianapolis,” said Alicia Collins, community collaborations manager for CICF.

The application window for phase II of the Community Crime Prevention Grants will open in July with awards announced in September, as it has since 2013 when The Indianapolis Foundation began managing the grant distribution process. 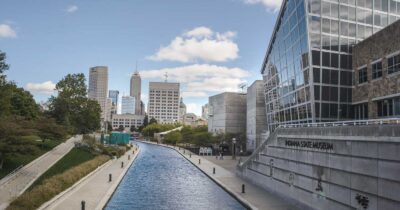