On Nov. 30, CICF Angel Investors met at Sherrie and David Bossung’s home along the White River to learn about exciting plans to activate the waterway that flows through both Marion and Hamilton counties. Panelists at the event included Brenda Myers, president and CEO for Hamilton County Tourism; Julie Thompson, a Hamilton County Leadership Academy alum with an interest in White River redevelopment; and Matt Carter, vice president for destination development for Visit Indy.

The idea to re-envision multiple access points along the White River is a regional effort and part of a collaboration between Central Indiana Community Foundation (CICF); its affiliates, The Indianapolis Foundation and Legacy Fund; the city of Indianapolis; Visit Indy and Hamilton County Tourism. Reconnecting to Our Waterways (ROW) and others are currently working on a master plan that harnesses the entertainment neighborhood development and economic potential of the river.

Here are a few highlights from the discussion:

Matt Carter spoke about the power of “built environments” defined as human-made spaces where people live, work and recreate. Carter says that spaces like this, along the White River, would improve quality of life for residents, while attracting tourists.

“The reason we created the tourism master plan was that we wanted to intersect with those that call Indianapolis home and begin to understand—if we were going to reach out and do something that mattered [along the White River], that became uniquely ours and would attract other people in—what would that look like?” said Carter.

Earlier this year, after a fanciful illustration was shown at Visit Indy’s annual meeting, rumors circulated that the organization was pursuing a sandy beach along the White River in Indianapolis. Carter says the image was only meant to inspire and show the great potential in the White River, but the swift reaction from citizens and civic stakeholders demonstrates that Central Indiana is ripe for big ideas that utilize the assets of the waterway.

Julie Viellieu-Thompson is a 2007 Hamilton County Leadership Academy alumna, whose project for the academy, completed with four others, involved creating a plan and vision for energizing the White River in accessible ways.

She said, “It was about really making all of these things in Hamilton County accessible from a bike route or walk route that went all the way down the river. It was so exciting.”

She and her team created a map and plan for every part of the river in Hamilton County. They talked to stakeholders and builders before the 2008 recession slowed things down. Now, she’s excited to see the Riverwalk in Noblesville and hopes her vision is picked up with this new momentum and affection for the river.

Brenda Myers, quickly credited the many other people and organizations that have helped bring energy to the conversation about the White River. Reconnecting Our Waterways, White River Alliance and Friends of the White River, among others, have championed this idea for a long time, but it’s the regional excitement around the project that is helping to move the initiative forward.

“It’s going to be an exciting time for everybody to pull together all of these resources and information and talk about what it is we can do,” said Myers. “I think it is very important that its very good for residents, as well as visitors. It’s not really a tourism plan, it’s very much a place plan.”

BIG IDEAS FOR THE WHITE RIVER:

Carter: Commerce that complements what’s already along the White River. For example, the GM Stamping plant project in Indianapolis will utilize its location along the river in its redesign.

Myers: Create and utilize unique river access points. At Conner Prairie, it may be walking out on the wetlands and connecting to a boardwalk. Other places it may mean building a Riverwalk with lights and appropriate nightlife.

Viellieu-Thompson: Make cities along the river accessible by trail or by water and use that access to build commerce and new restaurants. For example, build out downtown Noblesville more along the river.

Tom Kilian Jr., president of Legacy Fund: To be able to jump in a water taxi in Noblesville and head to Broad Ripple, or even further south.

Brian Payne: president and CEO of Central Indiana Community Foundation: To connect the Monon in Broad Ripple to Broad Ripple Park, which, he says, has a huge gap between potential and reality. 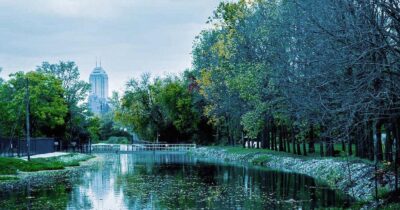