We Can All Make a Difference 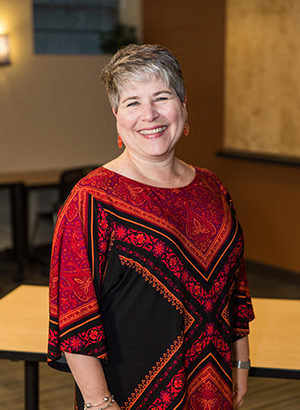 This story contains discussion of suicide. If you or someone you know may be struggling with suicidal thoughts, call the suicide prevention hotline at 1.800.273.8255, text TALK to 741741 to text a trained crisis counselor for free 24/7, or seek out local resources.

Women’s Fund of Central has passionately increased its commitment to changing the conversation around mental health over the past two years. In 2017, Women’s Fund convened community partners to join the national Campaign to Change Direction on mental health, which began by encouraging everyone, especially residents in Central Indiana, to recognize and respond to the five signs of emotional suffering—personality change, agitation, withdrawal, poor self-care and hopelessness.

Additionally, Women’s Fund is supporting the launch of a Give an Hour office in Indianapolis in 2019 that will offer one-on-one mental health counseling for marginalized women and girls. And, as a result of funds raised and donated from “A Moderated Conversation with Former First Lady Michelle Obama” earlier this year,  Women’s Fund is awarding a $750,000 grant to a local organization creating a disruptive and transformational way to provide mental health services to girls. That grant announcement will come in 2019.

Mental well-being has become a significant initiative of Women’s Fund and it touches everything we do. Just last month, Women’s Fund hosted a group of donors for an event about mental health, specifically as it relates to suicide and its impact in our community. Did you know:

At the event, Kelsey Steuer, Indiana area director of American Foundation for Suicide Prevention, and Mike Riekhof, founder of The Peyton Riekhof Foundation for Youth Hope shared their personal stories of losing family members to suicide. It was a valuable conversation and I was struck by a number of their comments, such as:

The conversation also introduced a warning signs, including if a person talks about killing themselves, feeling hopeless or being a burden to others. American Foundation for Suicide Prevention lists several suicide risk factors to be aware of in yourself or others related to health, environment and historical factors, as well as mood and behavior indicators. A full list of warning signs and risk factors can be found at their website.

It’s important for everyone to be able to recognize and respond to these signs, and the signs of mental distress. If you think someone is considering suicide, assume you are the only one who will reach out.

Here is how to talk to someone who may be struggling with their mental health:

If a person says they are considering suicide:

Most people are familiar with the signs of a heart attack; Women’s Fund believes the ability to recognize and respond to the signs of mental distress are just as life changing. Our goal is to normalize conversations about mental health because your mental well-being is too important for it to be any other way.

VISIT HERE For more information about these mental health initiatives, or the work of Women’s Fund