2019—Another Year of Learning 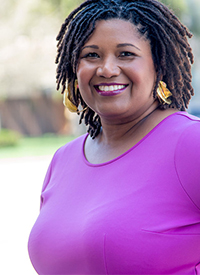 In late 2016, in preparation for an article I was writing, I had the honor of interviewing activists, academics and everyday people who have been longtime allies to marginalized people. I asked them about the real work of being an ally—what it takes to be an active force in making things better for the most vulnerable groups. I spoke to white women and men who were actively working to dismantle racism; men who worked with other men to solve the problem of violence against women; and straight and cisgender people advocating for the rights of the LGBTQ community. The first thing they all told me was this: Educate yourself.

This was confirmation of something I know myself as a black woman in America. Black folks know full well the effect systemic oppression has on our lives. We know its history, its hiding places and where it intersects with other issues, like class, gender and sexuality. Anyone aiming to help us access equal opportunity has to understand this, too. This holds true for the Latinx and LGBTQ communities, women and other groups, as well. I am heartened that CICF made internal learning the foundation of its effort to make Central Indiana a community where everyone has the opportunity to meet their full potential—no matter their place, race or identity. So many organizations don’t do this. I believe this is a thing we’ve gotten right.

The first thing they all told me was this: Educate yourself.

You can hear about some of this learning journey in January’s episode of our podcast For Good. In addition to every staff member (and most board members) completing Child Advocates of Marion County’s Undoing Racism workshop, staff members have participated in bimonthly experiences—from Implicit Bias training with Peace Learning Center to watching Ava Duvernay’s wrenching documentary 13th about biases in the criminal justice system and talking with local experts about what this problem looks like locally. It was an honor to be a part of this. Even as someone who has written about race and gender and social justice for more than a decade, I am much smarter than I was when we embarked on this path more than two years ago.

This learning journey will not end, of course. Injustice in the system twists and turns and those of us doing equity work have to stay smart enough to move with it—stay ahead of it. Personally, as the new leader of our community leadership and effective philanthropy, I have another learning task ahead of me. My team is charged with creating social impact by leading on critical community issues; growing, leveraging and advising philanthropic assets; and making wise charitable grants. If I am going to be effective, I need to learn the Central Indiana community and our donors very well. It will be my pleasure to do that.

Incidentally, just this past weekend, while writing yet another article, I searched the internet for wise quotes about education. I stumbled across something activist Malcolm X said: “Education is our passport to the future, for tomorrow belongs to the people who prepare for it today.”