Ambrose Property Group, in partnership with Central Indiana Community Foundation and Exhibit Columbus, today announced the three finalists for the Waterside Design Competition, an ambitious effort to transform key components of Waterside, the over 100-acre former General Motors Stamping Plant, which is situated in downtown Indianapolis along the White River and across from Lucas Oil Stadium. This competition will focus on the adaptive reuse of the Albert Kahn-designed “Crane Bay,” as well as creating a connection between this area and the urban core Indianapolis. The project will kick off redevelopment at the site, starting what is estimated to be a 15-year $1.38-billion investment aimed at transforming a critically important area of the city.

Ambrose Property Group worked with Exhibit Columbus and the Central Indiana Community Foundation to identify and select world-renowned studios to create new public spaces that are culturally dynamic, inclusive, and artistically and architecturally significant. The design competition is supported by a grant from Lilly Endowment’s “Strengthening Indianapolis Through Arts and Cultural Innovation” initiative.

“The development of Waterside represents an unparalleled opportunity to further shape our city’s future through innovative design and dynamic public spaces.”

The three studios invited to participate in the competition were selected from a short list of international leaders who have completed significant projects of similar size and scale to critical acclaim. They bring new and important voices to development in Indianapolis. The three finalist teams are:

The competition addresses three core components at Waterside: Transformation of approximately 25,000 square feet of the 82-year-old former General Motors Chevrolet Division Commercial Body Plant (Crane Bay); Creation of a public plaza that will surround the Crane Bay; A pedestrian bridge connection across the White River. The teams are also being asked to consider how these components will connect to the rest of the Waterside development.

“Bringing world-class art and public space to Waterside will attract visitors and new residents to our city, but more importantly, it connects and engages residents who already live here.”

“The development of Waterside represents an unparalleled opportunity to further shape our city’s future through innovative design and dynamic public spaces,” said Mayor Joe Hogsett. “This project prioritizes design excellence in order to breathe life into a structure that once served as an economic engine for the area and a property that — currently sitting vacant — still remains deeply connected to the neighborhood’s identity.”

“This is a special moment in Indianapolis and in our company’s history,” said Aasif Bade, founder and president of Ambrose Property Group. “We are very excited and honored to have these talented design studios lead teams that will provide diverse and visionary directions to our ambitious redevelopment at Waterside.”

The finalists and members of their design teams will visit Indianapolis this June and give public presentations that describe their studio’s approach and design philosophy. The Waterside Finalist Introductions are free and open to the public, and will take place at 5:30 pm on Wednesday, June 12 at INDUSTRY.

The Waterside Design Competition will culminate this fall with public juried presentations of each team’s design concepts. From these presentations, a jury of community stakeholders and national experts will select a winning team.

“Bringing world-class art and public space to Waterside will attract visitors and new residents to our city, but more importantly, it connects and engages residents who already live here,” said Brian Payne, president and CEO of Central Indiana Community Foundation. “What excites us about this project is that it is attracting high-profile, equitable art and design while remaining resident-focused.”

Learn more about the approach and design philosophy of the three finalists in the Waterside Design Competition: Hood Design Studio, Scape, and Snøhetta.

Experience the culmination of the Waterside Design Competition.

Ambrose Property Group is a recognized leader in real estate ownership, development and construction in Indianapolis. Since 2008, Ambrose has steadily scaled operations into one of the industry’s most recognized leaders. Ambrose has completed over $750 million of commercial real estate transactions. From Ambrose’s original selection as the developer of Waterside, the company has demonstrated its dedication to implementing structural art and utilizing its natural environment, the White River, as essential components to the redevelopment of the space. Ambrose, as the owner of Waterside, is the master developer of the site and will be responsible for the construction and completion of the proposed projects. Ambrose is responsible for and committed to blending people focused urban design and the principles of eco-districts to create a new standard of livability, connectivity and sustainability.

Exhibit Columbus is the programming component of Landmark Columbus, which was created in 2015 to care for the design heritage of Columbus and inspire communities to invest in architecture, art, and design to improve people’s lives and make cities better places to live. Exhibit Columbus is best known for its alternating program of symposia and exhibitions. 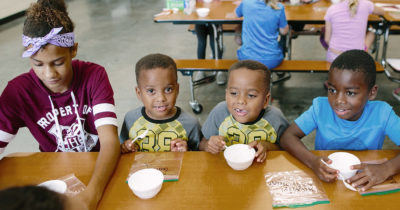