Freedom Should be Free

At any given time, the Marion County Jail incarcerates about 2,400 people, 84% of whom are held pretrial, Robin Steinberg, executive director of The Bail Project, told Central Indiana Community Foundation (CICF) Angel Investors on June 6. The Bail Project is working to combat mass incarceration nationally and locally by paying bail and offering wraparound services for individuals who otherwise could not afford bail. 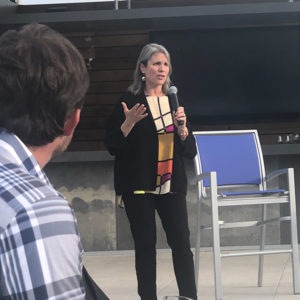 “And nothing made me more mad and more enraged and more upset than watching my client hauled off into a jail cell because she could not pay $500 or $1,000 cash bail.”

Bail is a monetary amount, set by a judge, that, upon payment, releases a person from jail to await trial at liberty. If a person cannot afford bail, they must either wait for trial in jail, which can take months and even years, or plead guilty in an attempt to expedite the process and reunite with family.

Before she started The Bail Project, Robin was a public defender in New York City. “I was appalled at virtually everything I saw,” she remembers. “And nothing made me more mad and more enraged and more upset than watching my client hauled off into a jail cell because she could not pay $500 or $1,000 cash bail.” 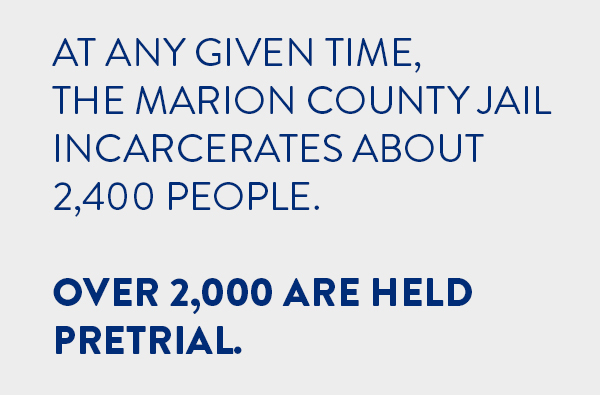 Inability to afford bail exclusively impacts low-income communities and disproportionately impacts women and people of color. The impact of even a few days in jail is significant and long-term. “It can mean losing your home, losing your job, getting thrown out of school, having your immigration status jeopardized,” said Robin. “And in that first seven days in jail, that’s when over half of the deaths occur, whether they’re homicides or suicides.” Bail has become a punishment, rather than as a condition for release.

Knowing a defendant is most vulnerable during the first few days, Robin was determined to get her clients out as soon as possible. She launched the Bronx Freedom Fund, which was later scaled up to became The Bail Project. Cash bail is returned to defendants appearing at required court date(s), whether guilty or not. As a result, The Bail Project can recycle cash bail multiple times throughout the year, compounding its impact and sustaining the fund.

The initial results of the clients bailed out in New York were promising. “Over half the cases got dismissed,” said Robin. “Of all the clients that we’ve bailed out over a 10-year period, only 2% ever went back to jail on the case we bailed them out on.” 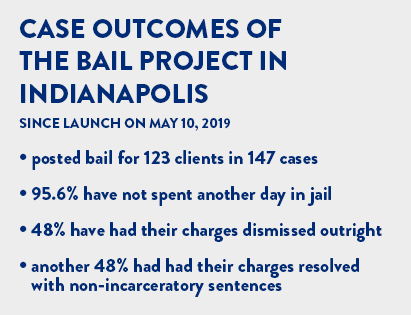 “Partnering with The Bail Project and bringing them to Indianapolis is in perfect alignment with the Criminal Justice Reform initiative of our strategic plan,” says Alicia Collins, community leadership director at CICF. “There is a disproportionate number of our black residents currently in the justice system. Addressing the economic barrier to access money for bail is a step in the right direction towards a system that works equitably for all of our residents.”

The Bail Project launched in Indianapolis in January of 2019 and in five months, the local team bailed out over 150 people. In Indianapolis, the results mimic those of the 10-year period in New York. In fact, 95.6% of The Bail Project clients did not return to jail—48% had their charges dismissed outright and the other 48% had their charges resolved with non-incarceratory sentences. Of the 23 clients in Indianapolis with closed cases, only one has served a jail sentence of 20 days. While the average bail amount for these cases was set at $1,392, the median was $500.

“Addressing the economic barrier to access money for bail is a step in the right direction towards a system that works equitably for all of our residents.”

“What we’ve learned is it’s a very simple solution. If you pay somebody’s bail, and you provide them with effective court reminders, and you provide them with services that they need on a voluntary basis, and you connect them to those community-based services, clients will make over 90% of their court appearances,” said Robin. She also notes the importance of employing local individuals with personal experience in the criminal justice system to run local offices of The Bail Project.

CICF is proud to help seed the Indianapolis office of The Bail Project. The organization estimates needing to raise $125-$275 thousand every year for the next five years to sustain local operations and build capacity to assist 600 people annually.

To learn more or contribute to The Bail Project, contact: