by Ben Snyder
Manager of Marketing and Communications at CICF

(above photo: Ben Snyder and the Anti Defamation League’s Glass Leadership Institute class at the Leadership Summit in Washington DC) 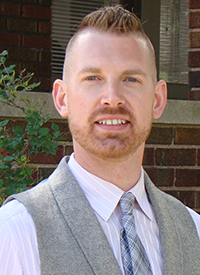 You don’t know what you don’t know. And in regard to race in America, if you are a white individual, like myself, we have to realize that there are giant holes in what we think we know about race and racism in our country and its history.

History was always one of my favorite and best subjects. I graduated high school as an honor roll student and have a bachelor’s degree. I’ve always considered myself to be a pretty good student. Yet it wasn’t until recently that I learned about things like the New Deal of 1934, the creation of the Federal Housing Administration and the role of red-lining. That in times when our nation provided innovative solutions to lift up its people—like the GI Bill—it almost always was exclusive to Whites. That this country’s rise to a global economic superpower was primarily fueled by the cotton industry. An industry built on the backs and lives of enslaved people, none of which were able to reap benefits of their work and sacrifice.

These items are often conveniently left out of America’s conversation about our history. Within communities of color, this history has defined their ancestry. Stories of strength and perseverance are celebrated and passed on from generation to generation. White people however—from my experience—have been focused exclusively on the history that celebrates patriotism, lifting our ancestors up as pioneers of freedom, entrepreneurs of democracy and hardworking immigrants full of dreams. We are too embarrassed and mortified to truly face the horrific past of our ancestors alongside their achievements. This ‘Tale of Two Histories’ America that we are living in is systemically designed to keep racism alive and well.

There are giant holes in what we think we know about race and racism in our country and its history.

Earlier this year, I participated in the Anti Defamation League’s (ADL) Glass Leadership program. ADL was founded in 1913 by Jewish Americans with a mission to stop the defamation of Jewish people and to secure justice and fair treatment to all. Through the Glass Leadership program, about 12 young professionals gather monthly with ADL leadership to learn more about the values of the organization and how we could support them individually and within our extended communities. In June, our class joined other regional classes in Washington, D.C. for a leadership conference and to lobby on Capitol Hill.

The programs and values of the organization include:

Among our class and more than frequently at the conference, I was the only non-Jewish person in the room. The experience made me think of identity and intersectionality. Among a group of primarily Jewish people, I often had to clarify that I was a non-Jewish person. A clarification that I have never had to make in my life. As a gay man, I am no stranger to making clarifications on assumptions of people on how they think I identify.

There was a humorous incident during a breakout session at the conference when I asked what a ‘kippah’ was after it was mentioned multiple times. People looked at me with total shock, their faces frozen in disbelief until someone playfully asked “what kind of Jew are you?!” When I confided that I actually wasn’t Jewish—and we all laughed—I learned that a kippah is what most non-Jewish people know as a yarmulke.

In addition to my growing Yiddish vocabulary and learning what constitutes a Kosher meal, I was also faced with a more sobering lesson. While checking in at the conference at the hotel, I looked around at all of the signage for the event and immediately noticed the conference signage did not include ADL’s logo or name. As a marketing professional, this seemed like an enormous oversight. How could you forget to include your organization’s name and logo from your conference event signage? It wasn’t until someone advised that I tuck my conference lanyard—which boldly featured ADL’s logo—into my suit jacket as I was leaving the event area, that I realized the ‘marketing mishap’ was very intentional. I was told that, for our safety, it was recommended that we not identify ourselves too publicly as to not make ourselves a target. ADL is widely known as a Jewish organization. And Jewish people are a target for hatred and violence. This all felt incredibly familiar.

I was told that, for our safety, it was recommended that we not identify ourselves too publicly as to not make ourselves a target.

As a gay man in Indiana, I know there are times and places where it is not safe to be me. Places that, for my safety, I should not present in a way that clearly identifies myself as a gay man. Gathering in gay bars or anywhere else that was publicly affirming to the LGBTQ+ community—or even holding my husband’s hand—comes at a risk. Over the past decade, an amazing amount of progress has happened, and these fears have mostly subsided. But every so often someone screams something hateful at me from a passing car. A sneer is directed at me and my husband at the grocery store. The threat and hate is always there. I know that feeling of being surrounded by other LGBTQ+ community and feeling safe and able to be my authentic self. And at that exact same moment, feeling fearful that by us simply gathering together we are making ourselves a target for violence motivated by hate. We’ve learned this from the Pulse shooting in Orlando. The Tree of Life in Pittsburgh. And Emanuel African Methodist Episcopal Church in Charleston.

During the conference, I attended a breakout with Tony McAleer, co-founder of Life After Hate. Tony was previously an organizer and recruiter for a White supremacy group. He has since left that life and is committed to helping others who are engaged in similar groups find a way out. He shared his personal story and what attracted him to that world when he was a young man. And how difficult it was to get out years later. Tony spoke about how entwined we’ve become with our ideologies and our identities. That to even challenge or doubt a core belief we have, then forces us to change our very identity—and how impossible that feels. He spoke about how it was radical compassion that pulled him out of that world. First, it was the radical compassion of his new-born child. Then the radical compassion of a mental health professional. Tony defined radical compassion as empathy plus action. And I think that is the key. Empathy plus action. And he was very clear that listening is action.

We all enter the conversation of race and equity with different levels of understanding and awareness. Some have heard firsthand from generations before them of the systemic oppression and violence that took away their opportunities to thrive. Some feel the sting of racism and hatred daily and discuss it every night at the dining room table. And there are some who are unaware of it all because the racism and hatred is not pointed at them; they’ve not experienced it; nor have they listened to stories at their dining room table from loved ones who have experienced racism and hatred. The stories are out there for us all to hear, but for some, they can easily be ignored. How can we change that? What if we invited people who are outside of our respected communities to those dining room conversations? What if we could exchange firsthand the stories that we all possess? What if we could expand our perspectives beyond our own dining room tables?

With the new mission and direction of CICF and its affiliates, I believe that we are taking those steps to doing that here in Central Indiana. We are stepping outside our comfort zones. We’re having these dining room conversations as a staff. We’re learning hard truths about our history and our privilege. It’s hard and also incredibly empowering.

And I am hopeful because now I know. Or more accurately, I know more than I did before. 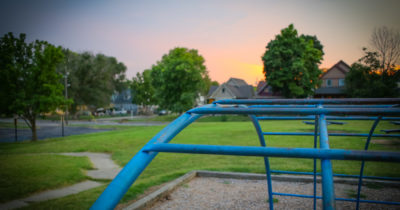 As CICF began to better to understand the profound achievement and opportunity gap holding people back in our community, we knew it was time to change. We didn’t know exactly …Read More.