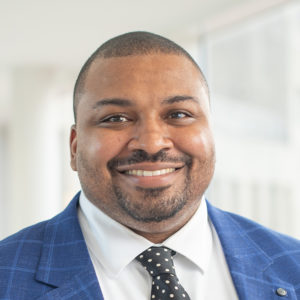 This country has just over 20 black donor-advised or community-interest funds at community foundations—with one in Columbus and South Bend. It is past time Indianapolis had one.

Earlier this year, the Central Indiana Community Foundation announced the formal launch of the African American Legacy Fund of Indianapolis—an effort to raise both an endowed fund as well as a giving circle for the black community. The impetus for doing this came from multiple sources—including black community leaders’ desire to do for self and a resolve to engage on the challenges facing the black community.

Countywide, there is a racial achievement gap for black students on standardized tests. In addition, the black poverty rate is more than twice that of white households, and black homeownership rates declined sharply from 2000 to 2017. Further, black unemployment rate is nearly three times that of white Marion County residents.

All of the above demonstrates the need for strategic engagement backed by resources for the black community.

We’ve learned that election cycles haven’t led to dramatic changes on many of our most pressing concerns. There is a limit to what government can do, should do and, unfortunately, will do. And it doesn’t help that too many of our political leaders—black and white—do not speak about black issues in public.

We also know problems are not solved inside of grant cycles, and too often, segments of our community have learned to not trust grant-funded organizations because they have been let down when programs stopped after funding went away.

And while our established organizations—such as the Indianapolis Urban League, Indiana Black Expo, Flanner House, Edna Martin Christian Center, the 100 Black Men of Indianapolis and others—do impactful and even innovative work with the resources they have, there is a need for more organizations with capacity to address the challenges the black community faces.

Stated plainly, there is a need for funding to support overhead and payrolls and capacity-building support for emerging grass-roots organizations in the black community.

Significant shifts in funding strategies at major community funders—the consequences of which are still unknown—have created anxiety among some black donors.

It’s time to talk frankly about the challenges. More than 100 black males died in homicides last year compared to 21 white males. Yet we talk about “public safety” instead of the black male homicide crisis.

We have a countywide racial achievement gap for black and brown students, but only recently has the community began discussing the challenge—and only one public official, Indianapolis Public Schools Superintendent Aleesia Johnson, has publicly expressed concern.

Even the local media has ignored the city’s lackluster performance on minority business participation over the last few years.

Indianapolis used to be known as a city where black businesses thrived. We were a cultural center for jazz music and home to prominent black literary artists.

We also were innovative in social service program development.

We were a city that had a strong black middle class, and that was good for the entire city.

This August, we celebrate Black Philanthropy Month by informing the community about the launch of the black fund. While I certainly don’t speak for the diverse set of dynamic leaders championing this cause, I’m proud to be part of an effort that helps my community do for self.

This story originally appeared in the Indianapolis Business Journal.