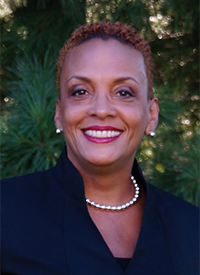 “No one really knows why they are alive until they know what they’d die for.”
-Dr. Martin Luther King, Jr.

As a young girl growing up in the midst of many elders, I was ingrained with understanding the importance of my existence. I grew up knowing and being deeply embedded in loving relationships with all four of my grandparents—and even two of my great grandparents. I’ve been blessed to have grandparents all my life, including my 91-year-old maternal grandmother to this day. Each and every one of them displayed a virtue that I learned early and had no choice but to embrace…resiliency. They have always been my benchmark for fighting through tough times and still holding onto greatness. Long before I knew of the many amazing men and women we behold as our heroes of the Civil Rights Movement and warriors of injustice, I knew the everyday people in front of me. While there are many courageous and rightfully honored leaders committed to fighting injustice, we must never forget to acknowledge those unsung.

My understanding and knowledge regarding the significance of my existence was not found in the schools I walked in every day but in the family that lived it out every day of their lives.

Like most people, my education in black history did not get past the story of Dr. Martin Luther King Jr., Rosa Parks, Harriett Tubman and maybe a small aspect of Frederick Douglass. My understanding and knowledge regarding the significance of my existence was not found in the schools I walked in every day but in the family that lived it out every day of their lives. I recall my father telling me the story of how when he was a young man, he and his twin brother went along with my grandfather to a prestigious white country club where he worked in maintenance. And they made the decision to jump in the pool. There you had two black boys doing what all the white kids were doing, they decided to swim. And chaos erupted. My grandfather was not only told to get his sons out of the pool—but to also DRAIN IT.

It was certainly alright for him to work there and smile among the many white people that selfishly interacted with him but the audacity of his children to jump in the pool like other human beings was unfathomable. And to their surprise, my grandfather refused. He refused to allow his two black sons to feel anything less than the white children and white families he catered to every day. He refused to have his sons get pulled out of the pool and be made spectacles because of the color of their skin. Even more so, he refused to drain the pool. In that moment, my grandfather took a stand. And I’m sure it wasn’t the first time he took a stand, it is, however, one of the stories that resonated most in my soul. I too must take a stand and always believe that what’s on the other side is worth it.

My grandfather was not only told to get his sons out of the pool—but to also DRAIN IT.

The Civil Rights Movement was so much more than the laws that were changed—notably mostly only changed on paper and never in practice. And it was more than the few heroes whose names are mentioned only during Black History Month. The Civil Rights Movement is about the “regular” folks who not only lived the injustices but worked hard every day to create legacies. Legacies that are never told.

At CICF, we are working to elevate the voices and brave actions of those often left out of the narrative. We want to stand alongside the resident leader that is never invited to the tables of power but we know they have the true power in the neighborhood. We want to live and act on the values and practices that create more opportunities for true heroes to shine. We want to see ourselves in the lives of ALL people in our community so that we can better live our lives through the lenses of equal justice and opportunity for all.

All too often, we live our lives as if there is no meaning behind our existence. History is made—and before we know it, history is lost—and the people who made it are forgotten. We cannot continue to allow that to happen. That is our challenge and quite honestly your challenge as well.

We must build the relationships that tell the story and elevate the individuals that are our everyday unsung. Let’s all commit to the people that ask for no credit but will no doubt know what they lived for. Let’s together be a force capturing history while also molding our future. Let’s know why we’re alive. 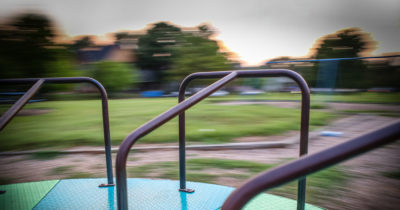 Thank you so much for your words “Let’s together be a force capturing history while also molding our future” I love it. When our youth interact with the elders and know the history of how they survive, then they can build on that wisdom for their better future. we are alive to pass on our technique of the past survival by mentoring and educating with patient.
Thank you!!!!