Existing in the In-Between 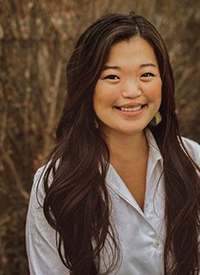 Most of my friends have a small Midwest town they’re connected to. There’s usually a Main Street, where buildings don’t go over two stories tall, and your last name says a lot about you. I have one of these towns—Lake Mills, Iowa—home of Gordon and Joyce Kilen, my grandparents. But when I walk into my grandpa’s favorite diner, I don’t feel like one of the beloved Kilen’s granddaughters. Foremost, I feel like the first Asian most of the people staring at me have ever seen in real life.

…when you’re walking down the street, no one cares if your parents are White. That won’t save you.

I was born in South Korea and adopted into Iowa by my loving family. But being the only person of color in a White family has put significant challenges on my identity. Learning how to exist in the in-between and to live in nuance has been one of the toughest lessons I’m learning. At my crossroads, I know I was raised with many of the advantages and privileges afforded by my parents’ race and my association to them. On the other hand, I know that being a first-generation, non-White immigrant brings its own traumas and growing pains. I also know, all too well, what the spike in violence against the AAPI (Asian American and Pacific Islander) community tells us—when you’re walking down the street, no one cares if your parents are White. That won’t save you.

One example of being a minority within my own family was when I had to learn how to handle ‘Asian Flush’ (a visual reaction to alcohol that many Asian and Indigenous people have made popular from a TV show unfortunately named, “Fresh Off the Boat.”) All the while, my other Asian friends were expertly guided by their genetically-related parents through their early experiences. However, I know many of these same friends had other struggles too —like if they’re not fluent in their parents’ language, if they dress too Western, or if they can cook traditional meals. All those questions centered around all of us asking ourselves “am I Asian enough?” “Do I count?” Or even, “am I being too Asian?” To paint a picture for you, it feels like when you’re at a roller skating rink. The music is going, everyone is mingling and weaving between each other, and suddenly the DJ tells everyone to run to a corner. You’re not sure which corner to go to or who to run to, so you’re left out in the middle, alone.

This feeling was exacerbated in 2020, when the world was screaming at all of us to take sides on every issue and identity, demanding that we all know exactly where and how to stand up for a position—and fast. I’ve heard people try to divide us by saying things like “X minority has it worse than Y minority.” And while there is absolute truth behind some of these statements in some instances, I know that using comparative language amongst minorities only works to maintain the status quo, inspiring potential allies to clash over scraps. It also forces people who exist across identities to find turmoil instead of joy in their intersection—careening off target from changing the system as a whole.

I realized I’d never been called a sister based on being the same race as someone else. I felt so included…

At times like this, I feel a sense of urgency to connect with others. After the shock of the Atlanta shootings, I saw Hollywood actors, international brands, NBA stars and more speak out and say, “to our Asian brothers and sisters, we are with you.” In that moment,  I realized I’d never been called a sister based on being the same race as someone else. I felt so included, like some inherent understanding that, though we are not a monolithic people, there exists this bond, both in communal grief and in Asian joy, to be shared.

With this, I am not just learning who I am, but what I’m doing about it, for myself and others. I believe that you don’t get to call yourself an ally or advocate just because you ‘feel’ like one. Therefore, one of the best questions I’ve challenged myself with is, “what’s discipling you?” In the time of technology and remote work, this includes diversifying your social media feeds, which inspire so much of what we read, watch and understand. This means making sure that, of the celebrities, artists, comedians, pastors and athletes I follow, that I’m intentionally including AAPI individuals (among my favorites are @Beyonkz, @oliviamunn, @awkwafina, @naomiosaka, @tinygentleasians, and @nextshark).

The most powerful work I’m doing is positioning these moments of connection and learning to be my north star, rather than my inability to fit into a box. I don’t have to feel stretched across two continents, over oceans. In this body, I am not either or—I am both. I am Korean and American—rooted in the East, blooming in the West. I am a person of color in a White family that I love dearly. I am an individual who is still figuring it out, and pushing to both see and create good at the crossroads. 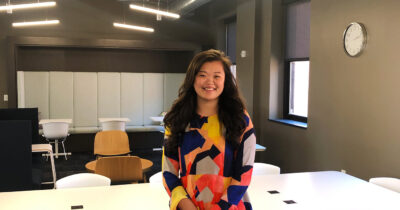 Nora is the new effective philanthropy associate at CICF. In this role, she provides exceptional support and high-quality philanthropic advising and stewardship to CICF fund hol…Read More.

Thank you for sharing your personal experience and on-going evolution. I applaud your honesty. also, i learned some new things that i can be doing going forward!

Thank you for sharing your story! I rarely meet another Nora, let alone another Asian American Nora. Congratulations on your new role! you have joined a fantastic group of colleagues. Kind regards, Nora woodman

Thank you, Nora! I have heard wonderful things about you from the team as well. I’d have to agree – they’re fantastic!

Congratulations, Nora, on your serving as CICF’s Effective Philanthropy Associate! you will extend your already powerful reach and impact through this key role. Your writing–as always–Is beautiful and through your personal narrative we all learn how to be in community. Thank you! Kim

Thank you, Kim! That is high praise, considering the source. I truly appreciate it and hope we can reconnect soon!

Thank you for sharing your story. I believe it’s so important to see things from another’s perspective. This is sometimes the only way to build a world that benefits everyone. —best wishes for your journey.

Thank you, Robert! I agree, and I appreciate your taking the time to read as well. Thank you!

Your story is compelling and insightful. Thank you for sharing it!

Thank you, Larry! I truly appreciate it.

Nora, thank you for your thoughtful essay, for sharing your experiences of complex identities and how that can collide in so many ways inside American culture. You are leading the ongoing conversation here so many of us are having, and it begins with the vulnerable and personal. Thank you!

I, too, am an adopted Korean who grew up in a suburb of St. Paul, MN. I now live in West Lafayette, IN. Thank you for your open thoughts and feelings. I feel exactly the same way. In fact, these past months of racial reckoning have led me to proudly claim that I am Korean Adopted, as my ethnicity, for the first time.
Dawn