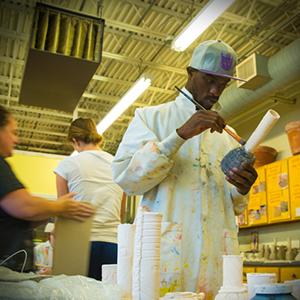 The Indianapolis Foundation, an affiliate of Central Indiana Community Foundation (CICF) serving Marion County, approved the allocation of $1,784,473 in grant awards to 32 not-for-profit organizations in Marion County at the March 7, 2016 board of directors meeting.

The $1.7+ million awarded will serve a diverse population and needs. Youth employment, arts and cultural opportunities, improved quality of life for seniors, quality housing and healthy Hoosiers are among the many areas addressed by these grants. Founded in 1916, the Foundation’s priorities have remained much the same over the past century: improving quality of life, supporting the city’s greatest needs, and to give donors a charitable vehicle to benefit the community now and in the future.

“Visionaries in 1916 had the foresight to create The Indianapolis Foundation so that it would continue to thrive and impact the community in perpetuity While the community and its needs have changed over time, the Foundation continues to play a leadership role in addressing those needs and will continue to do so into the next century.”

Central Indiana Community Foundation (CICF) is a $720 million public foundation transforming the lives of central Indiana residents in three ways: consulting donors, family foundations and their professional advisors on charitable giving; awarding grants to effective not-for-profit organizations; and providing leadership to address community needs and seize opportunities. CICF was established in 1997 as a partnership between The Indianapolis Foundation, serving Marion County since 1916, and Legacy Fund, serving Hamilton County since 1991. For more information about CICF, visit cicf.org, or contact Tamara Winfrey-Harris at tamarawh@cicf.org.