CICF works with many community leaders and organizations, and one of our greatest privileges is to work with our Angel Investors, a group of 87 organizations, individuals and families. It’s their commitment to not only CICF, but also our community, that makes big dreams like these a reality. The belief that Central Indiana can be better for everyone who lives here inspires us all to never stop dreaming and doing.

A huge thank you to our Angel Investors for their partnership, inspiration and friendship in 2015.

Here are the Top 9 Angel Investment updates from 2015: 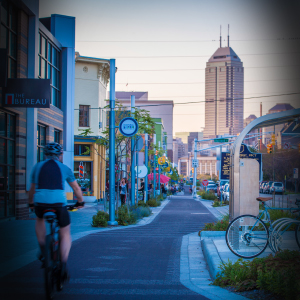 1. CULTURAL TRAIL IMPACT ON PROPERTIES
A report released in July of 2015 found that property values along The Indianapolis Cultural Trail: A Legacy of Gene and Marilyn Glick had increased by $1 billion from 2008 to 2013. Properties on The Trail increased an average of 147 percent, while properties in Marion County as a whole only increased 80 percent.

2. REINVENTING MARKET EAST
In 2014, CICF sponsored a two-stage project design competition for the redesign of the City-County Plaza. Design Collective from Baltimore, Maryland was chosen to design the $10 million project, Lilly Endowment contributed a $5 million grant to match the city’s $5 million investment, and groundbreaking began in November this year.

The plaza redesign will contribute to the emergence of Market East, a new cultural district that will also include 21C Museum and Hotel, Downtown Transit Center, 360 Market Square: Luxury Apartments, and Cummins Inc.’s global distribution headquarters. 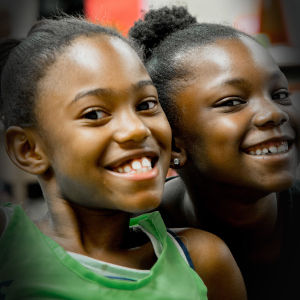 4. HAMILTON COUNTY YOUTH CRIME AT 10-YEAR LOW
When the Hamilton County Juvenile Services Center opened in 2007 it had the capacity to hold 50 juvenile offenders. Now, on any given day, only about seven children call it home. To top it off, juvenile cases are at a 10-year low. Led in part by Legacy Fund, The Youth Assistance Program, a school-based intervention and prevention program, is a contributing factor of that significant drop and is now in all six Hamilton County school districts. Legacy Fund played an instrumental role by seeding the program and then leveraging community support to incubate and implement this effective program. Watch a short video to learn more about The Youth Assistance Program here.

5. MOST LIKELY TO SUCCEED
CICF scholars are almost twice as likely to obtain a postsecondary degree or credential than other students in Indiana, according to a data analysis conducted by the National Student Clearing House and IU School of Education. The study also found that CICF scholars boast a higher on-time completion rate (65 percent graduate on time at 4-year institution) compared to other Indiana students (51 percent graduated on time at 4-year institution). More on this study here.

6. COLLEGE PERSISTENCE PLAN
Many students in Central Indiana face financial, academic and social/ emotional barriers that keep them from obtaining a postsecondary degree or credential. CICF awarded $1.2 million in new scholarships in 2015 and also organized its second annual College Success Workshop, which was designed to help these students better understand cash flow management and how to achieve academic success.

Additionally, CICF Scholars that are currently pursuing postsecondary education serve as mentors for new scholarship recipients. Mentors were assigned at the workshop. The workshop was conducted in partnership with Ivy Tech and Indiana Youth Institute. 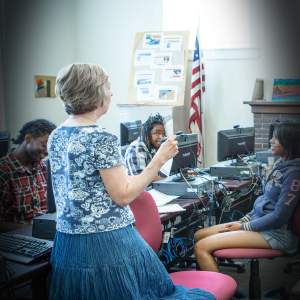 7. BUSINESS ENTERPRISE GROWTH
The American dream is alive thanks to organizations such as Grameen America, Indianapolis, and Business Ownership Initiative. Both organizations help low-income borrowers start and build their small business by supplementing microloans with business coaching and support.

In October, Business Ownership Initiative became an official micro-lending intermediary by the U.S. Small Business Administration. This designation will expand loan capital up to $5 million to better serve businesses throughout Central Indiana. This milestone was made possible by early investment and support from The Glick Fund and Women’s Fund, both funds of CICF, and The Indianapolis Foundation, an affiliate of CICF.

CICF and Indiana Institute for Working Families, a co-leader of the AO Network, will host an event in 2016 to help donors better leverage their philanthropic dollars by advocating for policies that help Hoosiers gain better economic opportunities.

9. BRIDGING CAREER GAPS
The path from poverty to self-sufficiency is nearly impossible to overcome without bridging the “skills gap”—the gap between actual skills and the required education needed for better-paying jobs. In 2014, Centers for Working Families, a CICF-led community wide initiative, launched Bridges to Career Opportunities to offer training and certification for high-demand careers including healthcare, manufacturing, logistics, and information technology.

This program helped 108 people obtain certifications in high-demand careers in the last year and nearly 70 percent of participants have secured jobs in their field of study. Many others sought more training. Bridges to Career Opportunities is now at Mary Rigg Neighborhood Center and Southeast Community Services with a similar training program at Edna Martin Christian Center.

For more information about these projects or becoming an Angel Investor, contact Rob MacPherson at robm@cicf.org or 317.631.6542 x199.