Charitable Gift Annuities: The Gift that Keeps on Giving

Too Good to Be True? 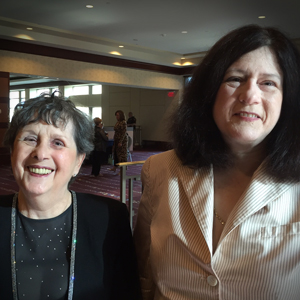 Sharon Merriman and her daughter

When something sounds too good to be true, it usually is. Sharon Merriman’s daughters tried to tell her this when she explained her plans to start a charitable gift annuity that would pay her income during her life, with the remainder benefiting a charitable cause she cared about. It’s a good thing she didn’t share the same hesitancy.

Merriman knew that a donor and/or one other person (often a spouse), can receive income from a charitable gift annuity for life and valued that benefit. The payments are based on rates established by the American Council on Gift Annuities and range from 4.4 percent to 9 percent, depending on the age of the donor and the number of people receiving the annuity.

Merriman’s daughters thought it all sounded too good to be true—locking in fixed, partially tax-free payments for life, receiving an immediate charitable income tax deduction, and benefiting a chosen charity’s endowment fund at CICF. And topping it off, Merriman could use publicly-traded, appreciated stock to fund the charitable gift annuity at CICF, which helps spread the capital gains over her lifetime.

“As soon as I realized the advantages to it, I was very excited. I called a family conference and told my daughters what I was doing. They are attorneys and thought I was nuts,” says Merriman, who is also an attorney.

Merriman now has four charitable gift annuities at different organizations, including the one benefiting Indiana Repertory Theatre’s endowment fund at CICF. She’s enjoyed the experience and believes they are an excellent way for a donor to make a charitable gift while still receiving lifetime income. 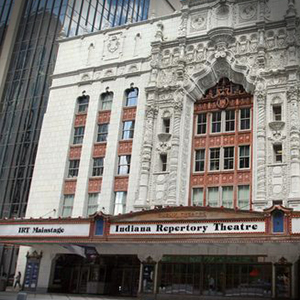 “[A charitable gift annuity] is so good for your client,” says Merriman, wearing her attorney hat. “This way you are certain the beneficiary of your fund gets the money, and you get a deduction.”

Merriman says the decision of where to start a charitable gift annuity was very personal for her, and she has close ties to each organization she’s chosen.

“When you do this, you feel more invested in the charity,” says Merriman. “In some ways, [IRT] is my theatre. I feel much more attached to it than I did before.”

Charitable gift annuities at CICF may also benefit the community endowment funds, which are unrestricted grantmaking funds distributed by the boards of the Indianapolis Foundation and the Legacy Fund for Hamilton County. These community funds enable CICF to respond to pressing issues now and in the future.