A Region on the Make

On Thursday, December 11th, CICF Angel Investors gathered for a year-end report out from Brian Payne, president and CEO of Central Indiana Community Foundation. Held at the trendy Pattern Store on Mass Ave., the evening’s theme focused on the region’s “makers” movement and how important it is to the community’s economy and future. 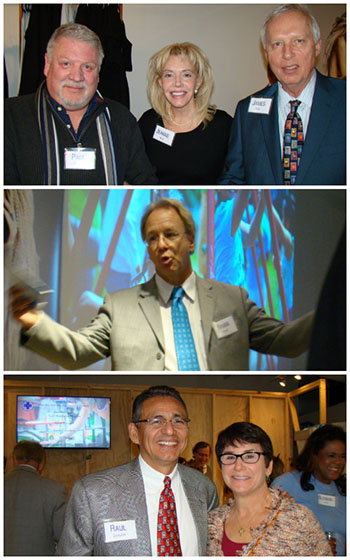 As defined by Adweek, “Makers tap into an American admiration for self-reliance and combine that with open-source learning, contemporary design and powerful personal technology like 3-D printers.” Thies noted Indiana’s history of manufacturing products as well as the state’s heavy loss of manufacturing jobs. Thies said in part that the movement is a logical step given the state’s “can-do” sensibility (saying that Indy’s brand is on the rise around the country because of it) and manufacturing background and could help improve the region’s economy through job creation.

Riley Area Development Corporation’s goal is to “promote stronger downtown neighborhoods for a better Indianapolis”; the not-for-profit is housed in the same building as Pattern’s store, and Strickland pointed to Pattern as an example of the maker movement in Indianapolis and on Mass Ave. Strickland also noted locally-owned retail in the area continues to boom, and includes new stores such as Homespun, a “a boutique, gallery and workshop devoted to contemporary handmade goods” alongside locally-owned favorites R Bistro, Mass Ave. Wine, The Best Chocolate in Town and Watts Blooming (all caterers for the evening’s event).

Osherov noted the same DIY ethos, saying that she started Pattern in 2010 believing that there was enough support in Central Indiana for a vibrant fashion community. Pattern the magazine, she said, is made possible completely by volunteers, and the store is supported in part through grants from supporters including CICF, who saw the value in adding new retail to the East end of Mass Ave., as well as supporting an organization with a focus on community building and outreach. Osherov said she has lived around the world, but was attracted to Indianapolis because of the community’s willingness to get involved, share and help.

Brian Payne concluded the evening’s remarks, stating CICF’s role in driving increases in college enrollment via pilot programs in Wayne and Decatur townships, a Cleveland State University study showing Indianapolis’ ascension as a national hotspot for workers with advanced degrees as well as meaningful new results from Grameen Bank Indianapolis. After sharing 2014 Q3 lending results, he also noted the top businesses receiving loans from the micro-lender’s local branch, including: beauty and cosmetics, clothing and accessories, and food and beverage.

After listing the “clothing and accessories” category, Payne said, “It would be fantastic if one of Grameen’s borrowers ended up playing a prominent role in the city’s maker movement, much like Pattern has.” He ended by noting that CICF’s role in all of these projects – leading, connecting, solving problems with cross-sector solutions – simply wouldn’t be possible without Angel Investor support and belief in our leadership position in Central Indiana.