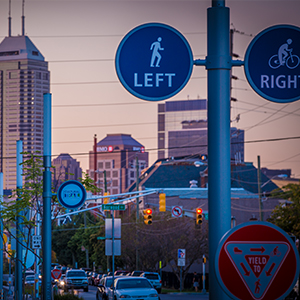 Cindy Simon Skjodt served as CICF board vice-chair in 2015 and was appointed to The Indianapolis Foundation board, an affiliate of CICF, in 2004 by Mayor Bart Peterson. She is involved with the Simon Youth Foundation and Pacers Foundation, and has served on the board of directors at 35 local not-for-profits, 27 action committees and eight advisory councils.

“The leadership of CICF is instrumental in guiding and connecting our philanthropy in Central Indiana,” said Brian Payne. “Our board is comprised of innovative and intelligent civic leaders who are united in their goal to make our community better for everyone and we’re honored to have the support of these thoughtful and generous individuals.”

CICF holds officer elections every year. Its board is comprised of board members from The Indianapolis Foundation, Legacy Fund and other civic leaders.

Central Indiana Community Foundation (CICF) is a $720 million public foundation transforming the lives of central Indiana residents in three ways: consulting donors, family foundations and their professional advisors on charitable giving; awarding grants to effective not-for-profit organizations; and providing leadership to address community needs and seize opportunities. CICF was established in 1997 as a partnership between The Indianapolis Foundation, serving Marion County since 1916, and Legacy Fund, serving Hamilton County since 1991. For more information about CICF, contact Tamara Winfrey-Harris at tamarawh@cicf.org.