In this newly formed position, Bartenbach will oversee internal operations, including policy, performance and process management, as well as continuing her responsibilities related to fiscal oversight, regulatory compliance and operational effectiveness of CICF’s assets.

“Jennifer has played a significant role in CICF’s overall operating and internal management in the past year and is helping to move the organization in new, bold directions.”

Prior to joining CICF in 2014, Bartenbach worked at the Indianapolis Museum of Art for eight years—four years as the museum’s CFO and four years as its controller. Bartenbach also served as a financial analyst for Sigma Micro LLC and as a staff accountant for BKD.

“Jennifer has played a significant role in CICF’s overall operating and internal management in the past year and is helping to move the organization in new, bold directions,” said Brian Payne, president and CEO, CICF. “Her specific focus on internal processes and communication will ensure that CICF becomes as innovative with internal operations as it has with its external community leadership initiatives.”

Alicia Collins, director for community collaborations, has served as the community collaborations manager for CICF since 2007. Collins manages the Community Crime Prevention Grant Program with the Indianapolis City-County Council and works closely with Glick Philanthropies on the Far Eastside neighborhood, in addition to her grant-making portfolio. Collins has been deeply involved in the Indianapolis community for 18 years, including positions with Annie E. Casey Foundation and Greater Indianapolis Progress Committee, among others.

Sarah Cowart, communications manager, joined CICF in 2014 as its communications associate. Her responsibilities include overseeing media relations, the For Good podcast production and content creation. 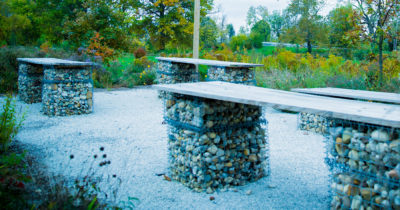 CICF announces the roles of two directors to join leadership