This month, Bellfound Farm, a new not-for-profit organization, will begin service on the Southside of Indianapolis. The 17-acre residential urban farm will offer holistic support to justice-involved women, ages 18-24, helping them move from a place of vulnerability to long-term economic security. Bellfound Farm is the brainchild of Nekoma Burcham and Alena Jones, winners of Women’s Fund of Central Indiana’s NEXT Fellowship Prize, a nationwide competition for comprehensive solutions to help emerging adult women move from poverty to a lifetime of sustainability. 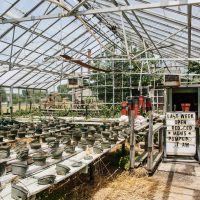 “We know that 98 percent of women in the criminal justice system have experienced trauma, and the number one reason women reoffend is lack of safe housing and lack of stable employment,” said Burcham. “Having a safe place to live and their basic needs met allows the women to switch the focus from survival to starting to imagine a future.”

Women—as many as 20 at a time—can live at Bellfound Farm for up to two years. Women living at Bellfound Farm receive mental health counseling, coaching and skill development as they cooperatively run the small business of an urban farm. As the women progress, Bellfound’s partner organizations will work with them off site to provide additional life skills training. In addition, Bellfound coaches will continue to support the women for up to five years as they earn a degree and/or certificate, find employment that leads to a career and acquire long-term housing.

“Having a safe place to live and their basic needs met allows the women to switch the focus from survival to starting to imagine a future.” 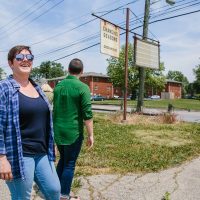 Bellfound Farm also plans to donate and sell a portion of harvested produce to make fresh food more accessible to the community. This small business aspect enables the women to gain real, transferable skills, as well as a different mentality and outlook on life, says Jones.

“In many cases, the women we’ll work with have been talked about their entire lives as a problem for society,” says Jones. “By donating back some of the food the women grow, they start to see themselves as part of a solution. It shifts their entire mindset. That’s an important goal.”

And, thanks to a $250,000 grant from Women’s Fund, Bellfound Farm will also renovate a marketplace to include retail space, a demonstration kitchen and flexible meeting space for the community. Support for this particular renovation is a result of funds raised from “A Moderated Conversation with Former First Lady Michelle Obama,” which Women’s Fund hosted in February.

Burcham and Jones will work with a number of organizations, including the Marion County Diversion Program, for referrals to Bellfound Farm. They expect to welcome their first group of five women in September 2018 after facility renovations are completed.

“By donating back some of the food the women grow, they start to see themselves as part of a solution. It shifts their entire mindset.”

Women’s Fund, a fund of Central Indiana Community Foundation, created the NEXT Initiative in 2015 after finding a gap in effective, age-appropriate programming for some women living in poverty. The organization’s research highlighted the alarming fact that nearly three out of every 10 women living in poverty are between the ages of 18-24.

“We talked with foundations across the country and found that this gap in service is a common concern and that there was a significant need to create holistic, wrap-around services that could be duplicated anywhere in the world,” said Jennifer Pope Baker, executive director of Women’s Fund. “Women’s Fund developed the NEXT Initiative so social entrepreneurs would have the time, space, funding and encouragement to create a solution that anticipates and removes every obstacle for women in this demographic on their way to economic success.”

Bellfound Farm won the NEXT Initiative prize and, after two years of mentorship and funding from Women’s Fund, is now an independent 501(c)3 organization.

Baker says the urban farm idea developed by Burcham and Jones through the NEXT Initiative boldly addresses multiple barriers that this demographic face and it is her hope that Bellfound Farm has a lasting impact for the women, their families and the community.

“Women’s Fund is proud of the holistic and dynamic model Nekoma and Alena have created. We know it will have a profound impact in our community and we hope other communities will be inspired to replicate this idea for the well-being of women in their cities,” said Baker.

Visit womensfund.org for information about Women’s Fund and the NEXT Initiative.