Movimiento Cosecha: Dignity for the Undocumented 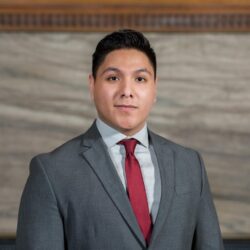 After 100 days under the current presidency, thousands flocked to Washington D.C. to demand immigration reform. Hector Morales Hernandez,  local activist and CICF grants coordinator, made the trek to join in on the action. We sat down for an interview with Hector to recap his experience on that day with Movimiento Cosecha, a grassroots movement.

To give you perspective, there were seven people that were going to get arrested by the Washington police to demand dignity and respect for undocumented immigrants. Out of those seven, four were undocumented. The main goal of Movimiento Cosecha was to mobilize a group of people. We managed to bring around 2,000 people from different states to Washington. We had been working for that goal for about six or seven months, preparing logistics and other tasks, to demand simple dignity, respect and a path to citizenship for all 11 million undocumented people. It was something that Joe Biden said that he was going to accomplish in the first 100 days of his term.

What pushed you personally to travel that day?

Historically Indiana has been a very anti-immigrant state. I’m seeing a different generation that is not going to take that anymore. I’m all in. We’re going to do whatever it takes. We’re going to knock on doors. We’re going to go march to demand respect and dignity and just to make this world a better place. And also show people that just being nice to people doesn’t hurt anyone.

What was the biggest challenge you faced that day?

There were a lot of logistics for that day. From feeding thousands of people to getting them there. In Indiana, we took two buses—one in Elkhart and one in downtown Indianapolis—and along the way, we were also picking people up. Everything didn’t go perfectly according to plan, but for it being our first time doing something on that scale, I commend everyone who helped organize. We got our point across and we got more people involved in the movement.

Pivoting from those challenges, what were some of the wins that came out of this work?

First of all, we’re seeing more people from the Latino and Hispanic community coming to us—saying what can we do, how can we help? We’re also seeing that they’re talking to us about other organizations not helping them on what they need, but what the organization believes the Latino community needs help with. We are taking notes and we’re making sure to let those organizations know of the actual needs of the Latino and Hispanic communities. We’re also making sure that our community has the resources and all the tools that they need.

We are starting chapters in other counties—Lafayette, Fort Wayne, all over the state—so hopefully in 2022, we can really organize and put the driver’s license bill on the table. At the end of the day, it helps Americans. At this point, if someone gets detained, you don’t know their names. That’s problematic—especially for the police. But it also is a challenge for parents. These parents need to able to move to take their kids to school and to be able to work.

And there are so many more issues our organization plans to highlight and change. During the pandemic, we saw a ton of parents that still had to work. They got Covid and still went to work just because they didn’t have the stimulus check. They were part of those essential people. Right now, we’re seeing a ton of restaurants in major areas of the city like BroadRipple, closing like crazy because they don’t have the people to support them. But the immigrants are coming here. They want to do those jobs, and they want to help the economy, but some people just don’t want to face the fact that there are jobs that American people don’t want to do that immigrants are open to and want to do.

What do you think a path to citizenship should look like?

When we think about the path to citizenship, to be honest, I’m like, what is to be American? For me at least I’ve learned that if I move somewhere, I’m going help that location to be the best that it can be no matter what my nationality is because in the end, I’m going live in that location. I’m still paying taxes. For example, as a DACA recipient, I’m paying social security and Medicare and I’m not going to get that stuff. The government said we’re going to give you a social security number, you’re going to contribute to social security and Medicare, but you’re not going to receive any of those benefits whatsoever. And I’m okay with that.

That’s why I joined CICF.

So when you ask me that question, I don’t really know the perfect answer. But what I can tell you is that immigrants are here to help. They come from a government and states that unfortunately other governments manipulated their own governments, and therefore they need to flee to other countries. They just come here to work. They just come to be. They’re just human beings.

How can the local community support immigration reform?

How can they support immigration reform? I think that’s going to be a long journey. To be clear—it’s not just republicans but democrats as well that are playing with our community. We saw that with Biden. He said, “in a hundred days, I’ll make you a promise, I’m going to do this,” which is why a lot of Latinos voted for him. But nothing happened.

So we’re not counting on the politicians anymore to help us. The community is going to help the community. How do we do that? By going to the statehouse and making demands—no more requests. Again, during the pandemic, a lot of our people died. They couldn’t go to the hospital because they didn’t have a social security number. Therefore, they decided to die in their homes. They didn’t go to a hospital because of the bill that’s would be $30,000 and they had the thoughts of “I don’t have money to pay it and I don’t want to be a burden to the Americans.”

On Monday, Mother’s Day in Mexico, we went to give flowers to republicans because they were going to vote to see if they were going to have a summer session to inform themselves because they said they know so much—but they don’t know anything whatsoever about this drivers bill. That this bill will literally help so many Americans. And they refused to take the flowers. And that actually was just a slap in the face and for some of us and for others it was just a wake-up call. If you didn’t receive our flowers, we’re going to keep pushing, we’re going to keep knocking on doors. You’re going to be tired of watching us but this is a thing that we need to do.

What I can tell Hoosiers is if you truly want to help the immigrant community, start with the driver’s license bill. That would help so many families. Again, we don’t want their money. We pay taxes. I’ll take you for lunch on me and I’ll let you know how they pay taxes. In 2017, they paid around 11 billion dollars in taxes. Today it’s probably more than 22 billion tax dollars because of how much of the population has grown. And again they don’t ask for money. They just ask for permission to be able to work and to be able to drive safely. They don’t ask for anything else. 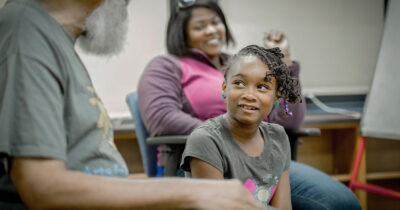