The Curb-Cut Effect: a Benefit for Us All 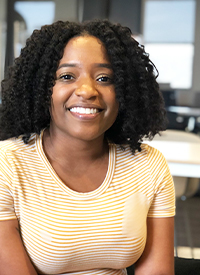 I’ve just brought home the groceries my barren refrigerator has been screaming at me to buy. From the trunk of my car, I pull out my collapsible shopping utility cart—#AdultGiftsFromOurParents—to better haul the groceries up to my third-floor apartment (with additional and appreciated assistance from an elevator). As I tip the cart’s wheels onto the small ramp in the sidewalk, I’m thankful for the small mercy of the curb cut.

Can you imagine life without it?

Although curb cuts date back to the 1940s, the idea of it being a necessity in our society shot to fame during the early 1970s when the disability rights movement spread across the country. Ed Roberts, a student at Berkeley, who needed wheelchair assistance due to a case of polio in his childhood, was at the forefront of the curb cut movement. He and a grassroots, student-led organization known as the Rolling Quads, both literally and figuratively paved the way to better accessibility for people with disabilities.

What people didn’t expect was the ripple effect these curb cuts would have on society. Parents could now glide their strollers easily throughout the neighborhood. Supply workers could quickly unload their goods at stores. This phenomenon is known as the Curb-Cut Effect, so eloquently explained by Angela Glover. From seatbelts laws to bike lines, changes initially designed for a specific group of people spread out to benefit the vast majority.

In the current climate, many pressing issues directly affect groups that are not the majority—the Black community, the LGBTQ+ community, undocumented individuals, and people experiencing homelessness. Unfortunately, too often the people who don’t ascribe to being a member of these groups feel as though they shouldn’t have to help, pay attention to, or even care about these issues. The reasoning? It doesn’t impact them, and they can’t identify how things changing for the betterment of these communities could benefit them directly. However, the curb cut effect shows us that help for a specific population spreads out to benefit the community at large in surprising ways.

Take historically Black colleges and universities (HBCUs) for example. HBCUs make up only 3% of this nation’s colleges and universities. However, they produce 40% of all STEM degrees and 60% of all engineering degrees for Black students. The National Association of Manufacturing and Deloitte reports that the United States will have to fill 3.5 million STEM jobs by 2025, with more than 2 million of them likely going unfilled because of the lack of candidates. So does it not make sense to invest more into these HBCUs for economic growth that benefits the society at large? #WaitingOnThoseBudgetPlans.

We must understand that providing equitable and accessible support to all people is not just a nice thing to do because we’re good people and want a pat on the back. When we create a place where everyone has an equitable opportunity, our community is more vital and we ALL benefit. Every one of us.

Equity is justice. Equity is economic opportunity. Equity benefits us all.