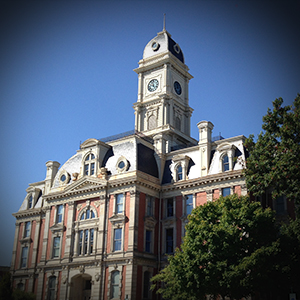 Legacy Fund of Hamilton County, an affiliate of Central Indiana Community Foundation, awarded a total of $84,800 in grants to nine organizations upon its board of directors’ approval at a December 10, 2015 meeting.

All grants are made possible by Legacy Fund’s Endowment for Hamilton County, an unrestricted fund created by donors interested in addressing Hamilton County’s greatest needs in perpetuity. Earlier this year Lilly Endowment announced Legacy Fund’s eligibility for its sixth phase of Giving Indiana Funds for Tomorrow (GIFT), a financial commitment that would significantly increase the Endowment for Hamilton County by means of a match program. Donor gifts made to the unrestricted endowment will be matched $1-to-$1 through March 31, 2016 by Lilly Endowment.

“Legacy Fund could not award the many annual grants it makes without the Endowment for Hamilton County. That’s why Lilly Endowment’s GIFT VI is such an incredible opportunity for us to grow our endowment and increase Legacy Fund’s impact in Hamilton County now and in the future.”

Central Indiana Community Foundation (CICF) is a $720 million public foundation transforming the lives of central Indiana residents in three ways: consulting donors, family foundations and their professional advisors on charitable giving; awarding grants to effective not-for-profit organizations; and providing leadership to seize opportunities and address community needs. CICF was established in 1997 as a partnership between The Indianapolis Foundation, serving Marion County since 1916, and Legacy Fund, serving Hamilton County since 1991. For more information about CICF, visit cicf.org, or contact Tamara Winfrey-Harris at tamarawh@cicf.org.