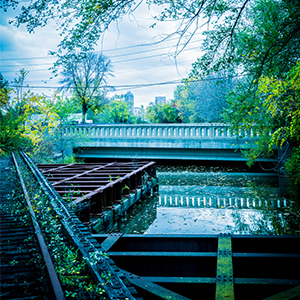 The Indianapolis Foundation, an affiliate of Central Indiana Community Foundation (CICF) serving Marion County, approved the allocation of $1,719,000 in grant awards to 20 not-for-profit organizations and projects in Marion County at the May 17, 2016 board of directors meeting.

The $1.7 million awarded will support projects and programs addressing education and literacy, economic development and arts and culture, among others. Consideration for grants include a project or organization’s commitment to quality of life, education, vitality of the community, connectivity of neighborhoods, and/or community assets. Recipients of these May grants promise to address these themes and effectively move Central Indiana to become a more livable community.

“As a community foundation, our job is to address community needs and support organizations helping to transform our city. But our job is never quite done. Our board is proud to support these 20 organizations with grants from our unrestricted endowment. We trust each organization’s leadership and strategy to continuously respond to our city’s most pressing needs.”

Celebrating its 100th year in 2016, The Indianapolis Foundation was one of the first community trusts in America. The Foundation is a public charity and an affiliate of Central Indiana Community Foundation (CICF), a collaborative effort between the community foundations serving Marion and Hamilton Counties. As Indiana’s oldest and largest community foundation, The Indianapolis Foundation was created to ensure that the quality of life in Marion County continuously improves; to help where the needs are greatest and the benefits to the community are most extensive; and to provide donors a vehicle for using their gifts in the best possible way now, and in the future as conditions in the community change. It awards approximately $7 million annually to support current and future community needs, and is governed by a board of six publicly-appointed trustees (Two are appointed by the Mayor of Indianapolis; two by the Marion County Circuit Court Judge; and two by the United States District Court presiding over Indianapolis). Learn more about The Indianapolis Foundation’s 100th anniversary celebrations at BeIN2016.org.

Central Indiana Community Foundation (CICF) is a $701 million public foundation transforming the lives of Central Indiana residents in three ways: consulting donors, family foundations and their professional advisors on charitable giving; awarding grants to effective not-for-profit organizations; and providing leadership to address community needs and seize opportunities. CICF was established in 1997 as a partnership between The Indianapolis Foundation, serving Marion County since 1916, and Legacy Fund, serving Hamilton County since 1991. For more information about CICF, visit cicf.org, or call 317.634.2423.